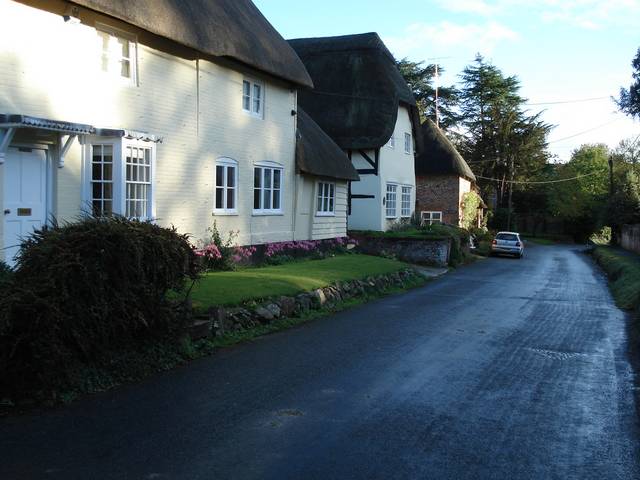 Milton Lilbourne & The Vale of Pewsey provide evidence on and around the hills in the form of Neolithic stone and flint implements, and, particularly, the 100-metre long Neolithic Barrow, first excavated in 1867, and aptly called the Giant’s Grave. Although these hills are sparsely populated now, they were the most populated parts of the land four thousand years ago, in the Stone Age. Around 2000 BC, European immigrants arrived with their knowledge of using metals, and a Bronze Age culture was established on Martinsell and Milton Hill. These people did not use Long Barrows; they favoured the Round Barrows, and five were excavated in 1958 on Milton Hill. The Romans appeared around 42AD, but there appears to be only two sites of settlement in the Parish. A Romano-British settlement was discovered at the junction of Milton and Everleigh, and a Roman kiln, for firing pottery was later excavated in 1893, between Broomsgrove and Milkhouse Water. This pottery was quite distinctive, and was called Savernake Ware. At the most southerly point of the Parish, there is an Iron Age Barrow, strangely called Old Hat, where three parish boundaries meet.

After the Romans retired back to Europe, the Saxons appeared around 500 AD. Less than a mile from Milton’s parish border with Pewsey, over a hundred Saxon graves, many richly furnished, were discovered in 1970, on Pewsey Hill. It was the Saxons who divided the country into “Hundreds”, and all villages were grouped into these administration districts. Milton was included in the Hundreds of Kinwardstone, which was the second most highly assessed in Wiltshire. The centre of this Hundred was a meeting point for discussion, and its position was marked by a large stone- the Kinward stone- situated at the boundary of Burbage and East Grafton. The land of Kinwardstone Hundred is generally fertile, and each of the fifty or so villages within it had its own set of open fields and common pasture land. Before the Norman Conquest, much of the land lay in four large Royal Estates, but most of it was granted away in the 12th century.

The name Milton originated around 800 AD, from the Old English, Middletun, where tun means a village. Hence, we have a “village in the middle“(of an Estate). As it was vital to identify your village, a suffix was usually added. Lilbourne comes from the family name of the owners of the Manor from the 12th to the 15th century, and refers to the family’s place of origin in France called Lillebonne, which is still a large town near Rouen. There is a massive amount of evidence connecting Milton with the de Lillebonne family, and it is certain that Milton Lilbourne took its delightful name from this original French family. The Domesday Book records that Middletun landowners included a priest, who sold his land to St Stephen’s Church, but most of the village eventually, became owned by Edward of Salisbury. Domesday in 1086 lists Middletun as having around 200 acres, and there was just one Lordship, two smallholders and a single villager, or villain, in the whole of Middletun, and the total value given was 100 shillings (£5).

The list of clergy of St Peter’s Church goes back to 1290, and the 700th Anniversary was held in 1972, confirming 1272 as being St Peter’s established date. However, Cirencester Abbey records show that there were church buildings in Milton as early as 1180. In 1166, the Manor was held by Walter de Lillebonne. It appears to remain in the de Lillebonne family for over 200 years, since Sir John Lillebonne sold it in 1408. There were two other Manors in the actual village, known as Milton Abbots and Milton Haveryng in the 14th and 17th centuries. Havering House was bought by Richard de Haveryng from the Earl of Pembroke in 1242. Richard was reputed to have been the Lord Mayor of London, circa 1247, and when he died it went, eventually, to Sir John de Lillebonne. The current Manor House was built circa 1720, when buildings opposite were demolished to improve the view. The Ferris family owned the Manor from 1870 to 1929, when George Ferris died, having donated the current Recreation ground to the village in that year.

The adult population has been recorded over the years since the Black Death in 1349, (which decimated a third of the country’s population) and is as follows:

Milton Primary School opened in 1878, and six years later, there were 65 children under 13 attending. It celebrated its Centenary in 1978 and finally closed in 1985. The 1881 Census returns show that there were 155 families living in the Parish, and that most of these families were employed within the agricultural industry. Family surnames of 1881 are repeated some 125 years later in the village, among them Head, Flippance, Haines and Wells.

The Parish in the last Thirty Years – Recent History

It was in 1973, that the Charity Commission eventually agreed to amalgamate the two village charities, bringing the Hall and the Recreation Ground Committees together, and the new village Hall was built in 1974, with the help of donations, at a total cost of £14,000. Recent celebrations in the village have included the Silver Jubilee in 1977 and the Queen Mother’s 80th birthday in 1980.

The Millennium celebrations, included a new Church window, engraved by Simon Whistler, and paid for by public subscriptions; the Millennium Capsule, containing records of Milton and the parishioners, and which is buried within the Churchyard grounds for posterity. Also included in the capsule was a photograph of most of the parishioners. The Parish Council arranged the installation, along the village street, of attractive lighting, which was also paid for by public subscription.

The village celebrated the Queen’s Golden Jubilee in 2003, and a flagpole and a new post box were installed. The village has entered the Best Kept Village Competition for several years, winning Kennet area three times, and all Wiltshire once. Parishioners have recently installed a new notice board outside the village hall in memory of Belinda Gentle, who was Chairman of the Milton Parish Council for the last 18 years of her 30 year tenure.

Further information can be found within The Village Design Statement as well as following websites: